Hey Jason: you wanted to hear my opinion on the teacher's strike?

Let me cut to the chase: I believe that crime, unemployment, poverty, drug addiction, preventable diseases, teen pregnancy, and a slew of other problems could be greatly reduced by making a long-term investment in public education. What better way to inoculate our nation against the ills listed above than by investing in its future--the kids who will one day form the backbone of its economy and government?

Make no mistake: the initial investment will require careful planning and foresight. Intestinal fortitude will be necessary in order to stay the course and follow through with the plan. The return on our investment will not be immediate so we the people will need to exercise patience and, more importantly, faith--faith in the plan and those who concocted it: the bold and imaginative policy-makers we have elected to office.

But wait, what am I saying? Careful planning? Foresight? Intestinal fortitude? Boldness? Imagination? These are precisely the qualities lacking in our current crop of policy-makers. Our "representatives" are so far out of touch with the people and issues of the day that they barely deserve the name.

Let's be clear: MP's and MLA's represent themselves and a select few, not the masses. So whenever a group of people--be they veterans, postal workers, unions, researchers, or teachers--come into conflict with the government, I instantly side with the people. Anyone who buys the government's Kool-Aid should give their head a firm shake. 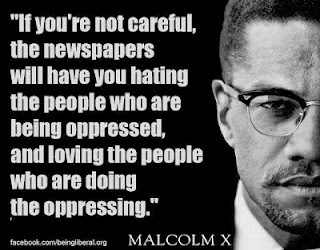 We've seen time and time again how the government excels at deception, manipulation, corruption, and, when its intentions are good (which is rare), incompetence. You don't need to understand the fine points of the issue at hand in order to pick a side. All you need to do is ask yourself: when's the last time the government lied, cheated, stole, or mislead the public?

I'll help you out.

Here's an article from the Vancouver Sun about how the BC Liberals, poised to take power back in 2001, promised pubic sector workers that they would not roll back contracts signed by the outgoing NDP government. The article goes on to detail how the Liberals did exactly that, reversing provisions in education and healthcare only a year after they promised they would do no such thing.

Here's another article about how the Supreme Court of BC has twice declared the dissolution of the teachers' contract at the hands of the Liberals illegal. But hey, who's counting?

So yeah, if I have to choose between a government composed of lying criminals and the people tasked with educating future generations of Canadians, I choose the people. Always.

The teacher's strike is pretty clear cut in my mind. BC teachers fought hard and willingly traded wage increases in exchange for a say in the size and composition of their classrooms. The government agreed to the terms and things were looking good until the Liberals took power and, in 2002, tore up the agreement, which was illegal by the way, just in case you forgot.

To reiterate: they were willing to forgo a raise in order to improve classroom conditions. They literally put the kids first, and the government screwed them over.

BC's teachers are trying to get back what was unjustly taken from them over a decade ago. I don't think that's unfair, do you? But people aren't really talking about that. Most people I talk to are fixated on the money, so let's address it here and now.

Teachers should be making good money. No one blinks at the fact that MP's make 120K a year to lie, cheat, and steal, but when we hear of teachers making 80K after 10 years on the job we get our panties in a bunch. Do you realize what these people are tasked with? They're molding the minds of tomorrow. I hope you don't need to have kids of your own to understand the importance of this mandate.

Even so, BC teachers rank 4th among the provinces with regard to salary. Add to this the fact that BC's cost of living and housing market are ridonculous and you start to see how they really compare to their counterparts across Canada.

I can hear you out there: "But-but-but--that's part of the job!"

Exactly. It's part of the job. So is having summers off. So get over it.

Bottom line: teachers are telling us that they don't have the resources necessary to do a good job. Their classrooms are too full, they have too many special-needs students, and they lack the resources to cope.

And since their job is to educate the next generation of Canadians--the people who are going to drive the economy and potentially govern the rest of us in the near future--I say we listen to them and tell the scumbag government to make good on the promises it broke--illegally, I might add again, in case you forgot--over ten years ago.

But if you ask me--and you did, so now you have to listen--the real issue is bigger than crowded classrooms and scant resources. The entire system is broken and in dire need of a makeover. I could go on and on but this video does a much better job explaining my views coherently:

Again, I hear you: "That's all fine and good, but where are we going to get the money to reform public education?"

Our government squanders tax dollars on all kinds of crap without our permission. Maybe if we hold them accountable for their actions we can free up some cash for the kids.

Until then I'll continue to side with the teachers.